2017 was a busy year on Spa Creek. Here’s a brief recap of the activities and work undertaken by the volunteers of Spa Creek Conservancy. 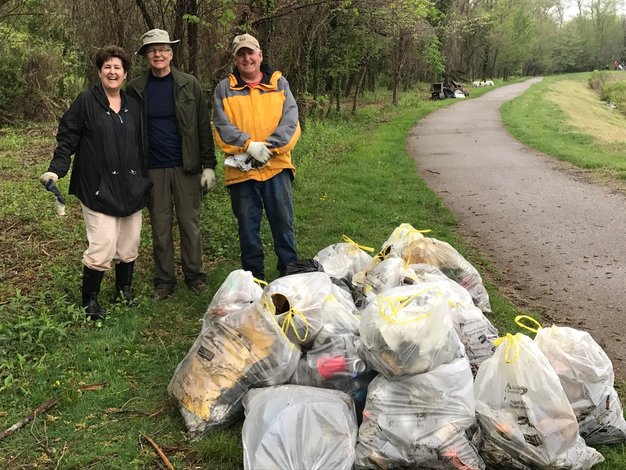 Spa Creek Conservancy and Stuart Lehman (the Conservancy’s first Steward of the Creek) led a walk along the headwaters of Spa Creek. Beaver dams, skunk cabbage, cypress trees, and other native species were observed by participants, many of whom had no idea what the headwaters looked like.

The award is given annually to a program or organization that has made a significant contribution to the preservation ​and conservation of the local environment in Maryland. Spa Creek Conservancy was the honoree for 2017.

April 20th a hardy team of volunteers gathered over 100 bags of trash and hauled it out of the marshy area behind the Boys & Girls Club. 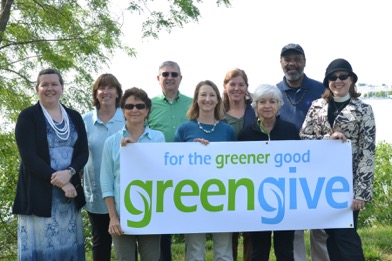 For the first time, multiple environmental nonprofits (representing thousands of county residents, businesses and community organizations) joined together to embrace the concept of collective impact – the idea that the most successful organizations maximize the power of people and organizations by working together. Fostering collaboration helps the Conservancy to share resources and ideas, learn new approaches, engage others in their cause and coordinate actions across sectors to achieve high impact. GreenGive encourages everyone to become a force for the greener good.

With the generous dollar to dollar match of an anonymous foundation, the Conservancy raised $20,000 over the 24 hour period. Watch our website and Facebook page for Green Give 2018! 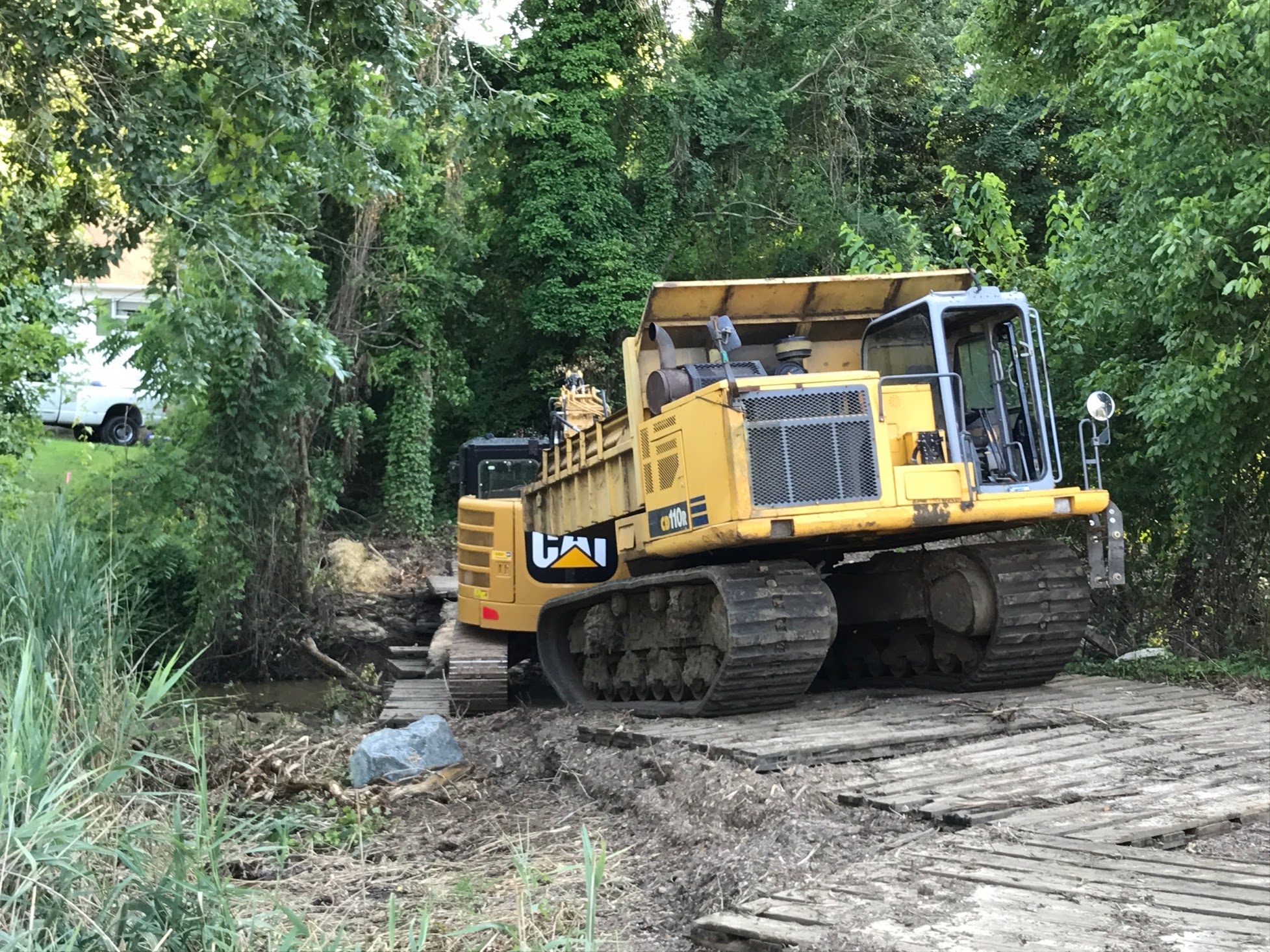 Equipment working behind Bates Middle School pulled out over 400 dump trucks full of phragmites. Spring 2018 the area will be planted with native species that will allow critters the room to forage and nest in the marsh around Spa Creek. River otters have already been observed frolicking in the restored area. The stream bed has been widened from the outfall near Chinquapin Round Road and past the footbridge at the end of South Cherry Grove to allow storm water to seep into the ground before entering the creek. Trees have been planted along the open bank creating habitant for critters.

Year 2 of monitoring took place May through early November at seven locations on the creek. Results are reported weekly and available to the public at this link.

The seine survey aims to document the seasonal relative abundance of young-of-the-year (YOY) fish to assess one of the most vital signs of a healthy estuary — its ability to act as a refuge to each year’s new generation of fish. With each spring and summer, the tidal waters of the Chesapeake Bay becomes a crowded nursery for a diversity of fish species. The overall survival of these YOY fish in our tidal rivers and creeks along with other factors shapes the future trajectory of fish populations in the Chesapeake Bay and along the Atlantic coast. This year’s Spa Creek seine survey begins the start of an inventory of fish species seasonally found in the tidal waters of Spa Creek and provides us with a baseline. See the results of the 2017 Fish Survey here.

Located in the headwaters of Spa Creek, which has recently been converted into a restored streambed, the Southwoods community had a stormwater runoff problem. The neighborhood contributed runoff into the very beginning of Spa Creek by discarging stormwater into a stream that was confined by a gabion basket channel. During a storm pollutants and suspended solids rushed through the headwaters contributing to the poor health of Spa Creek. A partnership was formed including the Southwoods Homeowners Association to correct the runoff problems. 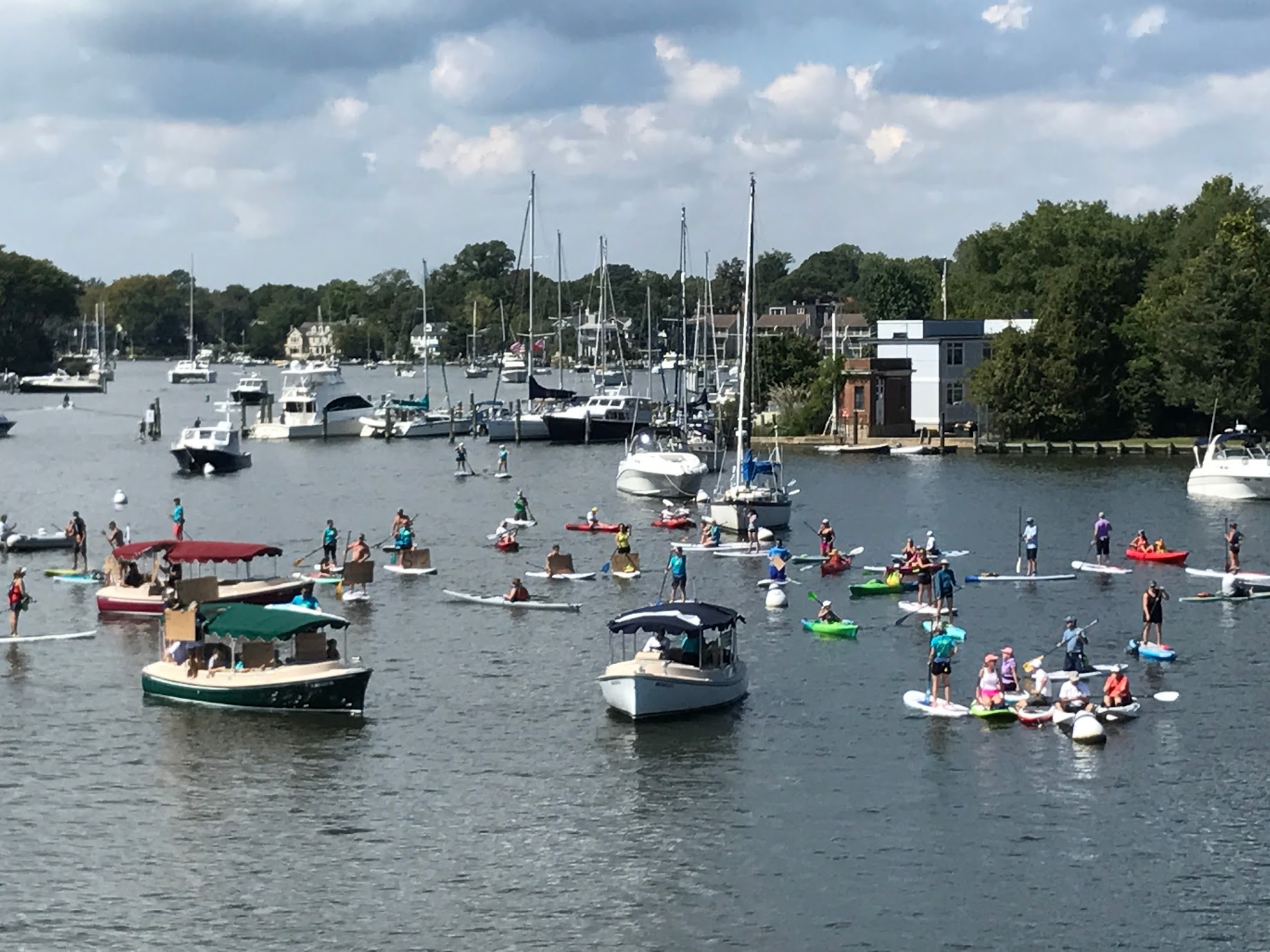 Rally for Spa Creek and PaddleFEST 2017

Paddlers showed their support of Spa Creek by gathering near the Spa Creek Bridge at the start of PaddleFEST 2017. The single biggest fundraiser for Spa Creek Conservancy, PaddleFEST brought out over 200 paddlers and supporters of the creek.

Planting of trees and native species continued the restoration work on the ravine behind the Chesapeake Children’s Museum and at various other rain gardens and bioretention pools in areas where storm water drains into Spa Creek.