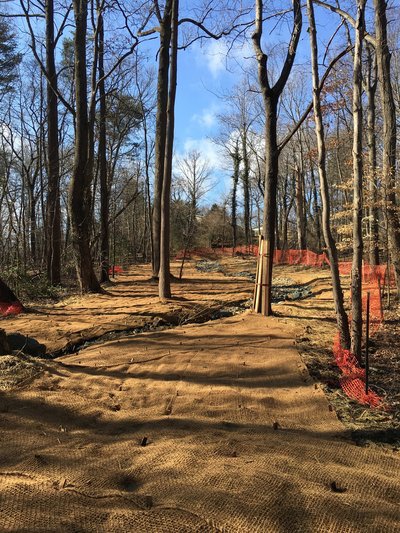 The riffles leading down the main channel of the ravine have been completed. The crew will finish up construction of the last few riffles by the end of the day on February 21, 2018. Despite setbacks experienced during heavy rains, the project will be finished ahead of schedule. As a remedy to the sediment runoff issue, two small channels and a log wall have been constructed to redirect the water. 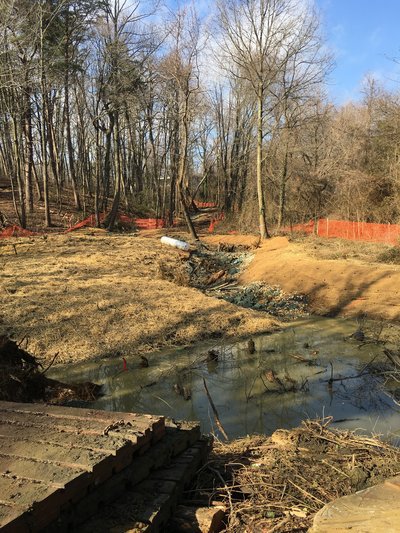 This image shows the entrance to the ravine where the crew is planning to finish by filling in the area with a few more riffles. 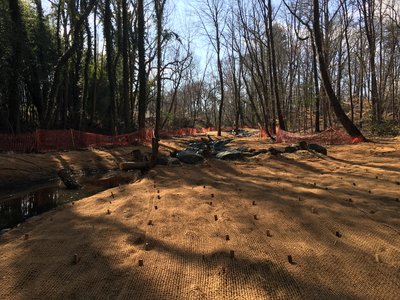 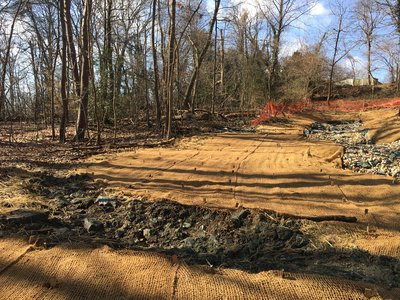 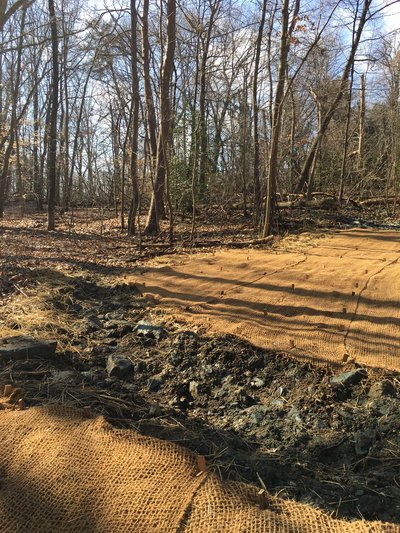 These images show the two small channels the crew constructed to redirect water that was flowing down from a rain garden at the top of the hill. Now, the water will be sent into the tributary rather than running alongside it.
Category: News