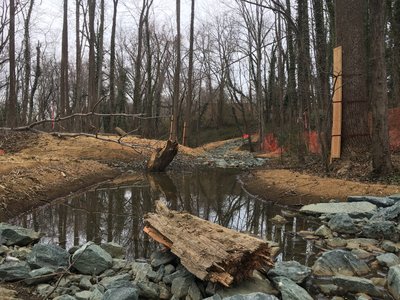 Contractors have cleaned up and moved out of the Hawkins Cove Ravine, just in time for three ducks to move in. The Hawkins Cove Ravine Restoration Project in Annapolis, Maryland was completed ahead of schedule, at the end of February 2018. Before the crew left, they were advised by the project’s landscape architect to lower the log wall that was constructed to alleviate a sediment runoff situation. The construction group then wrapped up their equipment and left the site.

Since the project’s completion, the first signs of wildlife have already begun to appear. By early March, three mallard ducks appear to have made Hawkins Cove their home. Two male and one female mallards have taken to swimming the waters of Hawkins Cove amongst its now peaceful state.

This image shows the backside view of the lowered log wall. 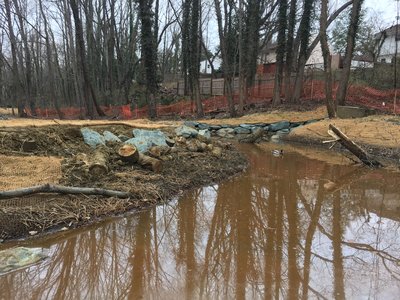 This image shows the front view of the lowered log wall. 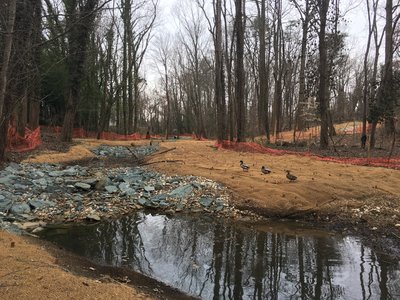 Ducks strolling along the bank at Hawkins Cove 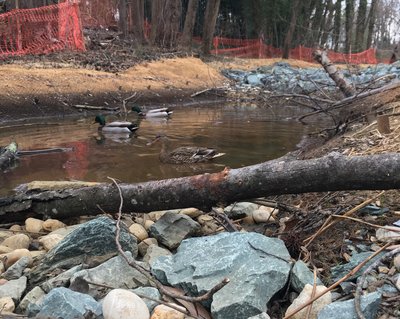 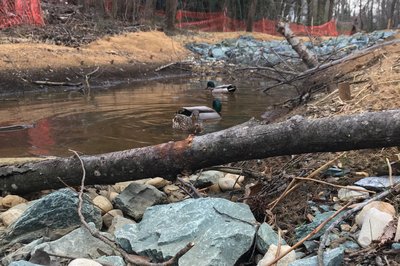 Female mallard giving me a stare 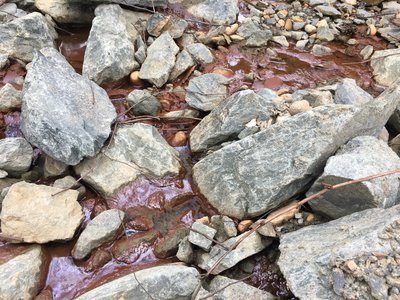 Although the water appears acidic, the construction crew had the water tested and found that the acidity was natural.