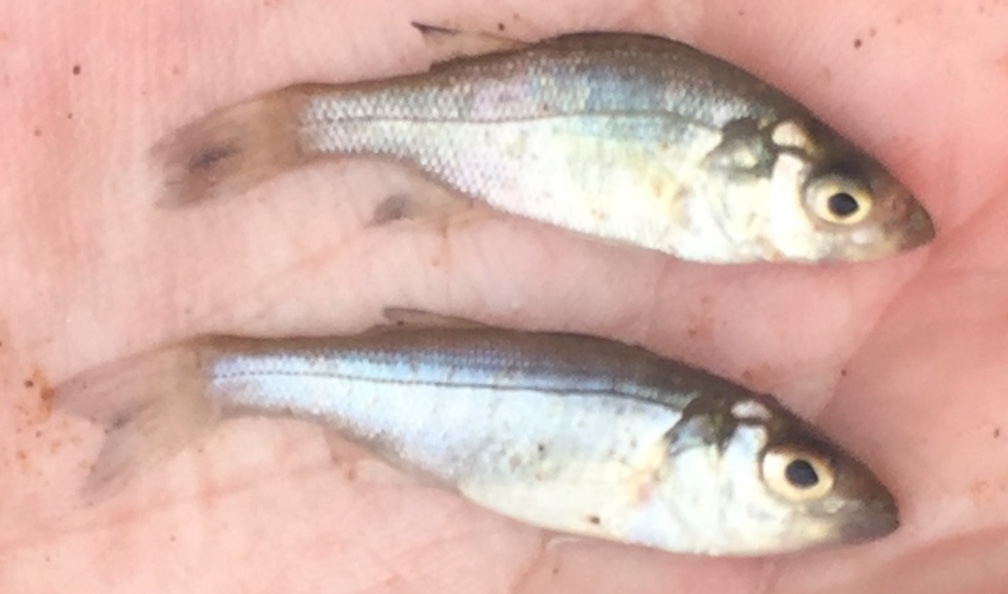 The seine survey aims to document the seasonal relative abundance of young-of-the-year (YOY) fish to assess one of the most vital signs of a healthy estuary — its ability to act as a refuge to each year’s new generation of fish. With each spring and summer, the tidal waters of the Chesapeake Bay becomes a crowded nursery for a diversity of fish species. The overall survival of these YOY fish in our tidal rivers and creeks along with other factors shapes the future trajectory of fish populations in the Chesapeake Bay and along the Atlantic coast.  This year’s Spa Creek seine survey begins the start of an inventory of fish species seasonally found in the tidal waters of Spa Creek and provides us with a baseline; A place in time from which to compare future survey results as the climate and environment changes around us to assess whether Spa Creek continues to provide services to the wider connected Chesapeake Bay ecosystemby helping to usher in each new year’s cohorts of juvenile fishes. 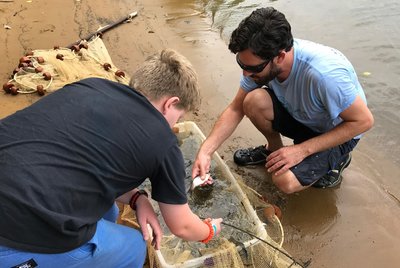 The beach located next to Truxton Park boat ramp was sampled biweekly from July to September with a quarter inch mesh seine. The bottom at this location is sandy and free of underwater obstacles allowing a seine to be deployed up to a depth of 4 feet successfully. Fish were immediately placed in a large tub of water, sorted, counted and returned to the water.  Water quality data including temperature, salinity and dissolved oxygen was measured on site on all sampling dates except July 14. Only one seine haul was performed in September due to a noticeable drop in fish abundance accompanying a seasonal drop in water temperature.

A total of 1276 fish representing 17 species were counted in this year’s seine survey (Table 1).  Fish abundance was highest in July, due to schools of young-of-the-year (YOY) Atlantic Menhaden which numerically dominated the catch. The YOY Striped Bass and YOY White Perch were well-represented in July and August (Photo 1). Additional juvenile fish found in the survey include a YOY Alewive and a juvenile Black Drum (Photo 2). Adult White Perch, Pumpkinseed, Blue Crab, Croaker, and Gizzard Shad were also observed. Common estuarine species observed throughout the survey included Atlantic and Inland Silversides, Mummichogs, Striped Killifish, and Sheepshead Minnows.

Table 1. Mean catch per haul in July, August, and September.  Numbers in parentheses are the average water temperatures at the time of sampling.