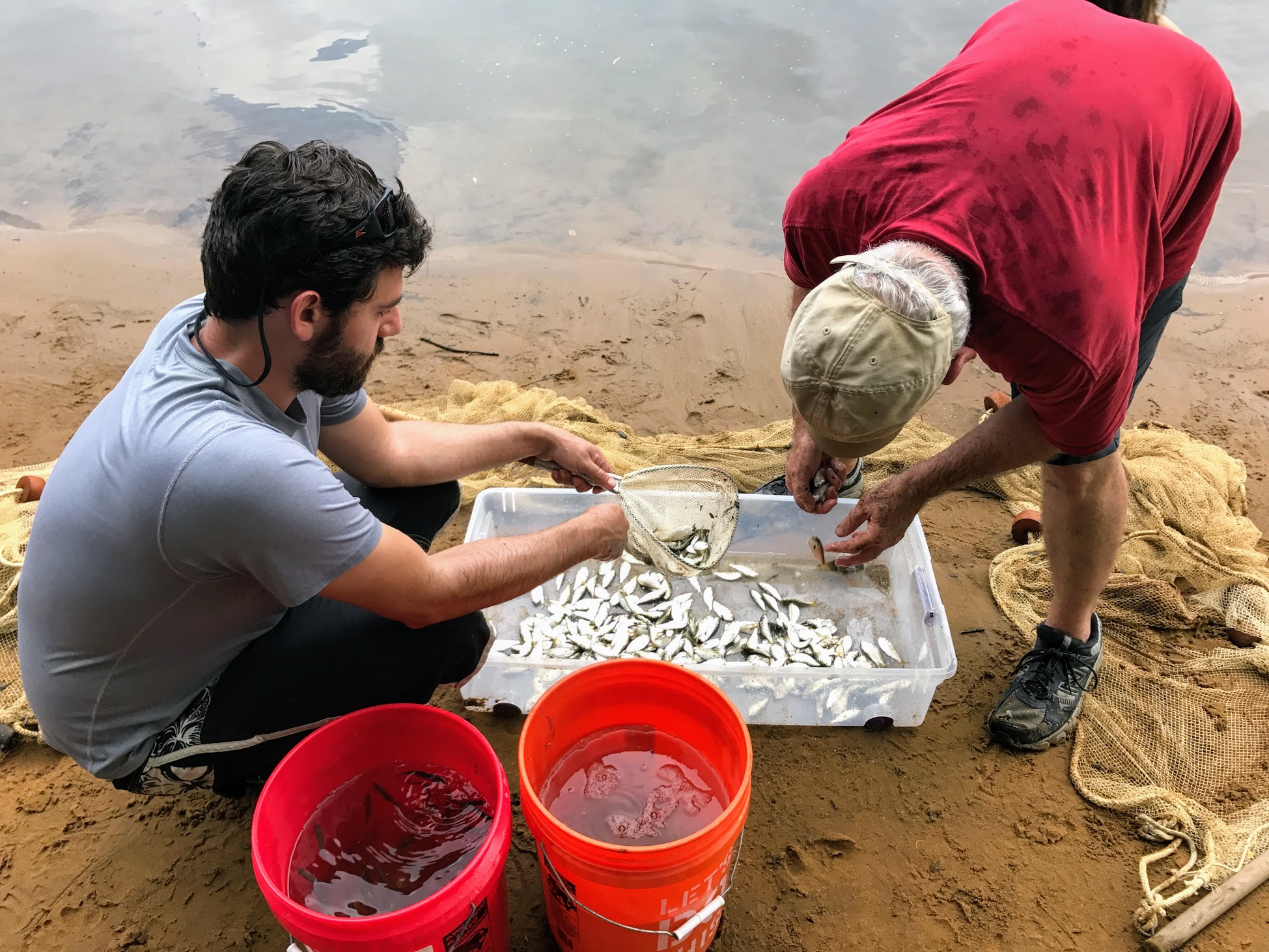 Just before a soaking thunderstorm broke the oppressive July heat the first Spa Creek fish survey of 2017 was completed. There were not high expectations since weekly water quality testing* has consistently shown that dissolved oxygen (DO) levels, necessary for the survival of many marine animals, is at hypoxic levels for fish. Total suspended solids (TSS) are 70% above levels necessary for subaquatic vegetation growth and survival.

The survey was lead by Fish Biologist Simon Brown. A 25 foot seine net was held on shore by a volunteer standing beside the Truxtun Park boat landing. The end of the net was walked out the full 25 feet, which reached to the end of the wooden dock. As Simon pulled the net in toward shore, the fish were corralled and forced forward.

Once on shore volunteers quickly got all fish into a big container of water and then the fish were sorted by type and counted. The huge quantity and flashing silver of the Menhaden was visible immediately. These high numbers are good. We actually heard the croaker croak, and Simon estimated that the White Perch was about one year old.

Five more seining events are scheduled on Fridays, July 21 and then the second and third Fridays in August and September. August 11 and 18, September 8 and 15. All at 2pm meeting at the Truxtun Park boat ramp. The entire process took less than an hour. You will probably get your feet wet and you will get sandy and dirty so plan accordingly.

The count was as follows. 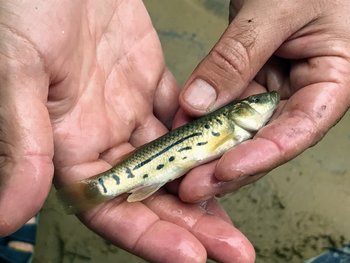 *Water quality measurements in Hawkins Cove across from the boat ramp, were taken approximately 24 hours prior to the seining. There was no rainfall between the time the measurements were taken and the fish count was done.